Vectornator X Review: Everything You Need to Know About This Awesome Graphic Design Tool 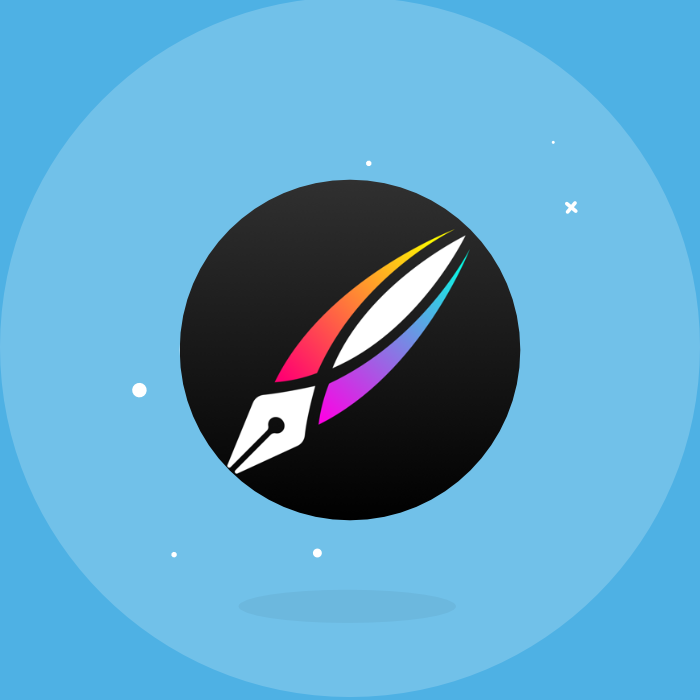 The Vectornator app has quickly become a favorite among both budding and established graphic designers, as well as creative enthusiasts who want to dabble with vector graphic design software but feel intimidated by the complex UI.

Vectornator Pro lets you leapfrog the onboarding hurdles by offering a feature-rich, yet straightforward UI that can even be used by a 10-year-old to make art.

In short, Vectornator is an intuitive vector graphics software that has been created to empower designers with the ability to create rich illustrations, fantastic web design, and outstanding layouts. One of the main features that sets Vectornator apart from other graphic design software for iOS devices is that it does not stick a Mac-first interface on an iPad.

Instead, the UI is designed with touch in mind, and using Vectornator Pro with an Apple pencil feels like organically creating vector shapes rather than playing around with anchor apps.

What’s So Special About Vectornator?

Vectornator was designed by the now 19-year-old founder, Vladimir Danila, who had started working on the software when he was only ten years old! His initial attempts were rewarded when he won the German Youth Science Fair, Jugend Forscht, which is the equivalent of Intel’s ISEF, during high school.

Vectornator is now offered to the world via Linearity, a German tech company that managed to beat Adobe and other major companies that failed to create an intuitive vector graphic tool for iPad.

Recently, the company released a major update for the software with Vectornator X that is powered by machine-learning-based auto trace technology, making vector designing on iPad as intuitive as working with a pen on paper. The latest software also supports multiple artboards within a single document forming the core of Vectornator’s renewed user experience.

We tried Vectornator X and are impressed by its latest features. Here’s what we found exceptionally stunning about the software:

As designers, we are all familiar with the struggle that comes with vectorizing an image. Manual tracing is tedious, cumbersome, and unnatural on an iPad. Besides, it takes ages to trace and vectorize an image manually.

Fortunately, the creators of Vectornator X decided to tackle this issue by introducing a machine-learning-based auto trace feature that makes vectorizing much faster and intuitive.

Yes, that’s true. We tried it, and it was exceptionally liberating. Just one tap – and the job is complete.

We are sure you are as excited about using Vectornator as we were. So, here’s the second most impressive feature that we discovered in the upgraded software.

Vectornator X finally brings artboards to iPads, allowing the use of multiple artboards on a single document to create complex layouts and stunning web pages effortlessly.

Besides these two features, the updated interface is much faster and easier to navigate due to its card-based design. One of the best things we discovered in the redesign is something called a magical canvas. Simply put, a magical canvas gives you a clean slate to work without any distractions.

So, once you open a page on Vectornator X, the interface moves out of the way as you draw or move around objects, revealing a plain canvas and freeing up the working space on your device.

Vectornator X is one of the most user-friendly graphic design tools for iOS devices that we have come across. Getting started with the software is exceptionally easy. The welcome screen gives you a glimpse of five amazing images drawn using the app.

A document button is available in front of you, and a click reveals a whole new world of options. Vectornator also allows you to open existing documents through integration with cloud services via Apple Photos, iOS Files app, or with Creative Cloud for Adobe users.

The app supports layers. Within the layers, you can drag objects up and down, lock them, change their position, opacity, deselect them to make them invisible, change their size and rotate them, and more.

Objects can be grouped in a layer using the Arrange menu, which offers another set of features to move objects around in a layer.

If that’s not enough, the app enables you to create new documents with screen sizes of each Apple iOS device starting from iPhone 5 to the latest iPad Pro.

Couldn’t get any better, could it?

5. Why Should You Try Vectornator X?

Vectornator X has successfully unlocked the power of graphic design for every person – artist or amateur – by bringing an easy-to-use and intuitive interface to iOS.

Built by experts to act as a handy tool for creating stunning artworks, Vectornator makes its powerful features available to everybody by integrating a straightforward and easy to learn UI with its highly intuitive design tools. To make things easier, the app integrates with the Adobe Creative Cloud and supports Apple Pencil, as well as other input devices, too.

The redesigned software is available for free and is inspired by user workflows to create a one-of-kind-tool that only focuses on creating stunning artworks.

Based on our experience, we are convinced that Vectornator creates the perfect environment for professionals to work swiftly, creatively, and without fatigue, for hours at end to create one masterpiece after another.

Whether you wish to create a complicated website design or an impressive graphic, Vectornator app is all you need to shape your ideas into compelling vector designs.

But, what if you are not a pro and an amateur artist? Can you still benefit from Vectornator?

The short answer is, yes.

Despite being designed for professionals, the app is perfect for amateurs who wish to learn and progress their design practice.

In case you are just starting out, here’s an in-depth tutorial for using Vectornator published on Medium that you may find very handy.

7. Vectornator Pro Features and Cost in a Snapshot

Both professionals and amateurs will find Vectornator to be extremely powerful and easy to use for creating stunning graphics.

Cost of the app?

Vectornator X is the first app that has been designed with iPad users in mind and does not stick a mac-first interface on the iPad. The app also includes a fully optimized version for the iPhone that offers all the tools available on the iPad, as well as the ability to manage multiple layers on a smaller display with immense ease.

Top Features in the latest version?

Vectornator X dispenses manual tracing for good by replacing it with an auto-tracing tool that makes vectorization exceptionally swift and easy. Another fun feature includes the introduction of multiple artboards in a single frame that helps in creating complicated designs with ease.

Amidst the surge of graphic design tools for iOS users, Vectornator X offers a broader range of features despite being free software. Yes, there may be other more sophisticated design tools, but there isn’t anything else in the market providing an auto trace feature that makes the vectorization of graphics highly intuitively and lightning-fast.

Whether you design for a living or wish to try your hand at graphic art, Vectornator X is an excellent tool to create stunning art on iPad. 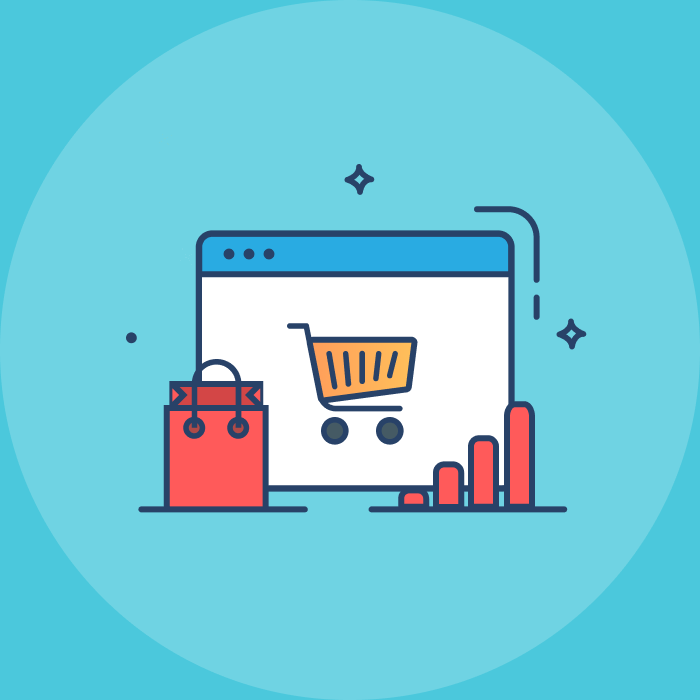 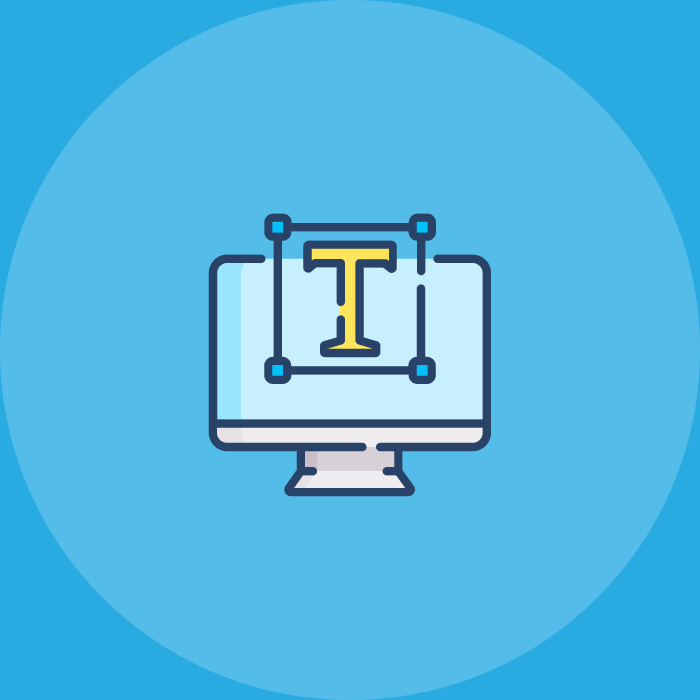 There are not many websites that feature only a...

The Anatomy of An Webpage – 10 Surefire Ways

Everyone knows that an optimized web page can increase traffic and...