9 Reasons to Use Emojis in Email Marketing Campaigns 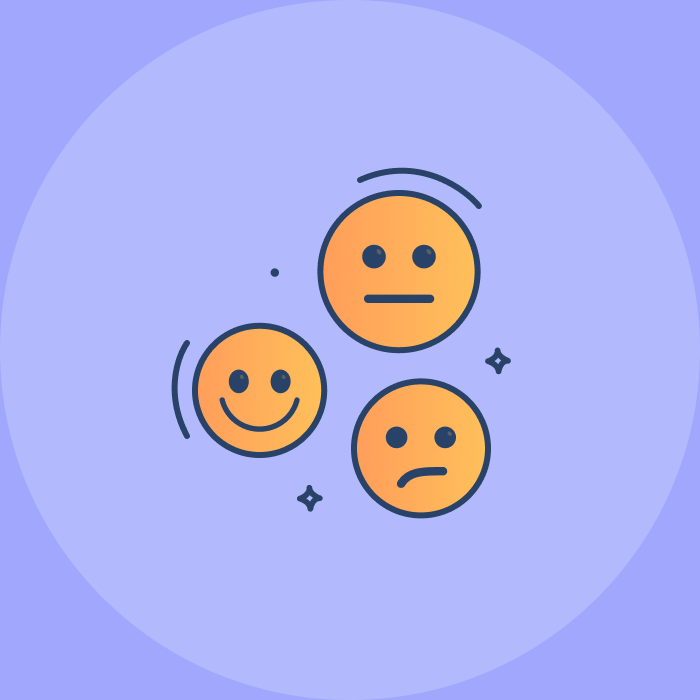 Emojis are the latest and greatest fun way of communication when it comes to communicating between friends. They also have become a standard piece of mobile technology and has now become a major form of communication amongst the billions of people who use the internet worldwide.

Emoji has been the latest and even the most significant thing to have existed on the internet. It changed the landscape of communication. Emoji made conversing online fun and entertaining.

Through emotions and feelings rendered through the screen are more transparent, and it seems to break boundaries. It created a vivid visual representation of our reactions, making people who you are conversing with aware of the sentiments in your response.

Emoji came from humble beginnings, started with just 180 emojis. It was created by the code of the mobile Japanese service provider. Over the years, emoji continue to grow and are still evolving. Unicode standardized the emoji.

With this, it allowed the emoji to step outside of Japan and conquered the hearts of the world. On this day, emoji become a popular form of communication, and it is used worldwide by billions of people.

In the field of business, emoji is also making a wave. Due to its popularity to a mass of people, digital marketers think of ways of how they could incorporate this digital trend to make their audience members relate to them.

Maybe your mind is boggled on how can emoji and symbols be included in marketing? Well, thanks to emoji, the field of marketing has been more expressive than it is before.

Everyone wants something short nowadays. Whether in messages or letters. Like if your idea can be shortened into one sentence, that would be awesome.

On the other hand, social media platforms like Twitter have a limit in their word count. The use of emoji is beneficial and efficient. Since Twitter only offers up to 140 characters. This kind of limitation can sometimes be restricting for users to express themselves in one single tweet.

So, emoji is very practical in this case. One hundred forty characters on Twitter would be totally enough when you have an emoji to rely on. Moreover, emojis are very convenient, whether in business or entertainment.

So, when you open your email, there is a handful of it. One thing that will capture your attention and entice your eyes to open it immediately is the emails that use an emoji. I cannot blame you for that since emoji are highly visual, and it tickles your brain.

In business and marketing, what you want to do is arrest the attention of your audience like a prisoner. There are tons of competition, and standing out from the crowd is what makes you stay up and slay in a game for an extended period of time.

Study shows that email subject lines that are accompanied by emoji have a high open-rate compared to those emails which the subject lines are only text-based. It is also found that the usage of the emoji black sun in subject lines has 15% increases the open rate, and it is considered as the most popular emoji.

The accompaniment of umbrella emoji in the email subject line boosts the open rates by up to 50%. All this data points out how emojis help your audience engagements and open rates.

A test was conducted, and it shows a result that an email subject line with an emoji in it has high efficiency. Half of the subscribers of the company were sent an email with an emoji, and the other half was sent a text-only subject line.

It resulted in 29% of growth and 28% click rate and thus increasing their click-rate by 93%. Through this, by only using and incorporating emoji in an email can quickly boost up the number of your audience and open rate.

An email with an emoji in its subject lines has proven to attract more readers than the plain text-only subject line. Since the incorporation of emoji in the subject line makes the email more interesting, thus triggering higher responses compared to the traditional emails. But you can achieve that when the emojis are used appropriately.

It is vital that your emojis will not be misunderstood or misconstrued. Thus, use an emoji that has no double-meaning as it could be harmful. That could impact your business severely. Though, when emojis are used in the right way, it could make your subject line better leading for more click rates and more reader rates.

There are times when words cannot cater to the things we wish to express. All the feelings and emotions that we are trying to convey, but emojis can. In emails, we cannot always see some cues, and that’s the thing about it.

The visual feature of emojis will help your audience recognize the feelings and sensations that you want to convey. So, in email marketing campaigns, it is essential that your audience could grasp all the emotions portrayed in the campaign. May it be anguish, joy, excitement, or others.

In emails, its spam-filters are sensitive to all-caps. Consequently, using an emoji, in this case, helps you reach out to your audience more effectively. Moreover, emojis like smileys and others will help you build a connection and emphasize or express emotions without risking being forwarded to the spam folder.

The only way to effectively attract a swarming number of audiences is to incorporate emojis in your marketing strategy. Using emoji in marketing campaigns will be easy for the audience to notice your campaigns; thus, this would lead them to share, tweet, or comment about it.  Through this, the company’s engagement will skyrocket, interactions will go up, bringing more sales and exposure.

Even though the company is a formal ground that uses a structured method to gain an audience and customers, at this age, the effect of emoji in people is undeniable. It is wise to keep the people interested and rooted in your brand. In order to do that, visual representation and aesthetics are highly appreciated.

Using emoji in an email will create an atmosphere of friendliness and approachability. So, in this case, you can easily establish a relationship and spice up your email marketing campaign by adding some personality into it by using emoji.

It is also proven that emojis can help soften up the blow and make people empathize more. Since emoji affects emotion and even thoughts, it is now essential in order to brighten up the mood of your campaign.

The continuous growth of technology in our society and social media platforms can make an impact and influence with a massive number of people. Since most of the users of the internet are teenagers. And they are continually making trends online.

If you ensnare them, there is a big possibility that your audience engagement will peak. Garnering a lot of shares, comments, and tweets about your campaign.

It may be confusing to some to decipher emoji, or some found it unappealing, but the right combination and appropriate usage of it can make a whole lot of difference and mood to your campaign.

You should always remember that it may be effective if your target audience is teenagers. When it comes to an adult, it is crucial to use emoji in a minimum amount in order not to distract them or lead your emails to trash.

Emoji can make your dull campaign or dreary email colorful and interactive. Also, it could increase the hilarity in electronic communication.

Emoji can help you raise your brand awareness and make you stand out from the sea of brands. It is best to be consistent in using emoji, and that would be better if you create your own emoji in order to be more original.

Though researching your target audience will give you an idea to create a specific brand of emoji that would empathize with your audience. So, the usage of emoji is not just about entertainment now, but it can also be used in marketing and piquing the interests of your audience.

Maybe in the past year, using emoji in marketing situations would be frowned upon or would just be a joke where everyone laughed at it when someone suggested it. But now, it is a valuable form of communication to boost their engagement, extend the power of communication beyond the idealized words, and also to make the image of your brand warm when used correctly.

It is important to not just go blindly into the dark and follow the trend train and check for yourself if that kind of thing will work for your brand and especially your audience. 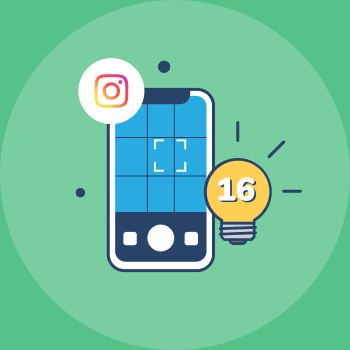 Instagram is the social media haven for people in... 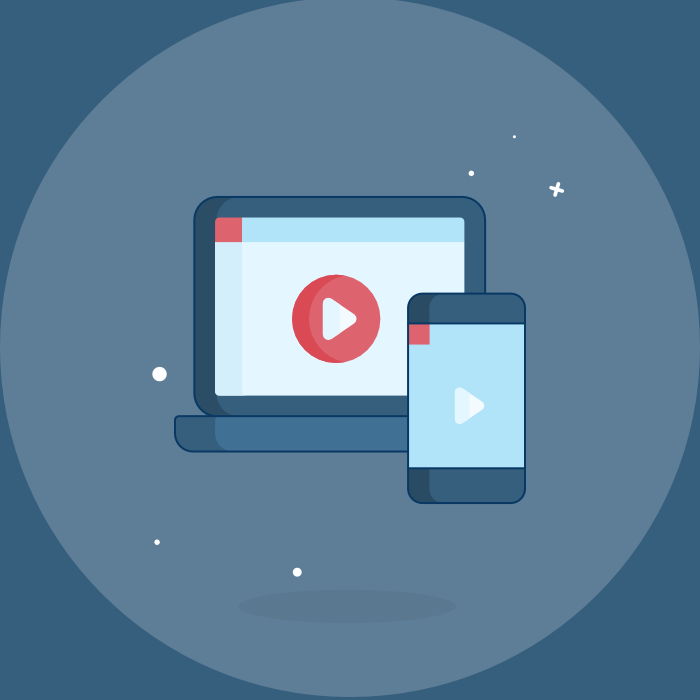 There is no doubt that you need to focus... 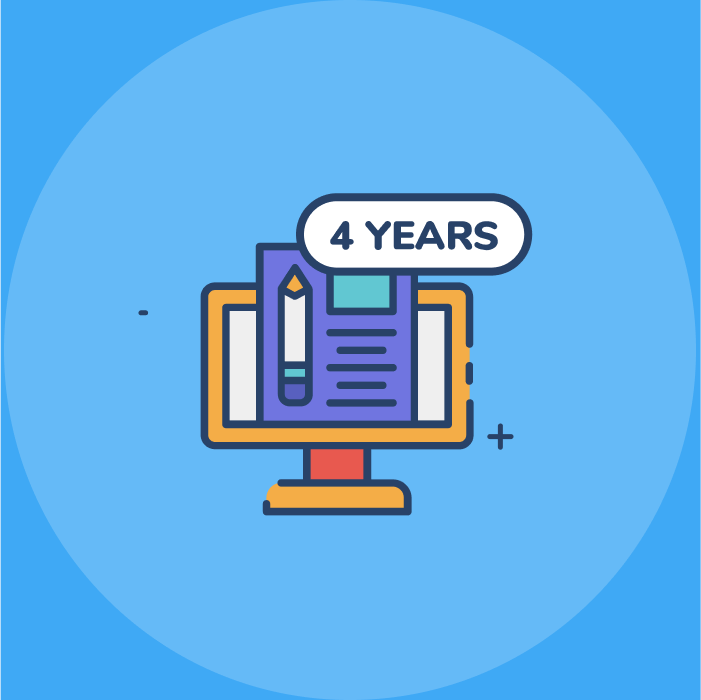 Four Things I Learned in Four Years of Blogging

A lot of things happen in four years. Some...