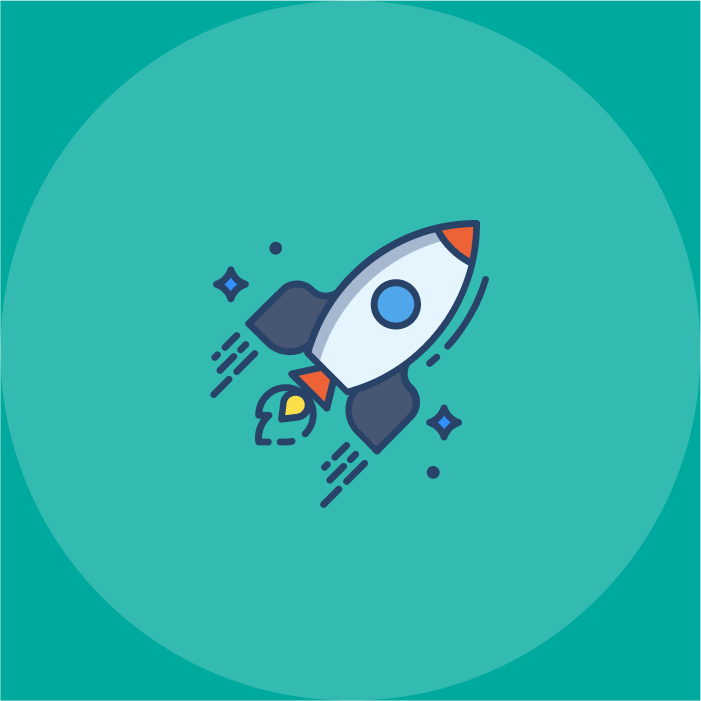 Want to skyrocket your revenue? Read on for 11 proven growth hacking stories from Instagram, Paypal, Netflix, Airbnb, Groupon, Gmail and others.

A couple years ago, growth hacks used to be a thing for startups, but now, even large companies use growth hacks to accelerate their growth. After all, who doesn’t like growing without spending as much!

Here’s 11 stories of startups who used growth hacks to blossom into what they are today:

In 2012, Facebook acquired Instagram for a staggering $1 billion. At the time, it had 35 million users and absolutely no revenue. 10 months later, it grew to 100 million and in 2018, it touched over a billion!

It’s pretty simple, Facebook integrated its products with Instagram, to cross promote its users to use the app.

Cross promotion is not new, a lot of companies (big and small) have been using cross promotion as a growth hack to grow at an amazingly fast rate. Today, there are even tools like Madneto that allow you to discover potential brand partners and cross promote with other brands.

Video marketing can be quite effective but Dollar Shave Club incredibly changed how effective it can be.

They took a topic like shaving that’s quite boring and turned it into entertaining worth sharing with a friend. The video went viral with over 20 million views and DSC grew to 1.1 million subscribers and eventually sold off to for a whopping $1 billion all-cash deal.

“PayPal’s big challenge was to get new customers. They tried advertising. It was too expensive. They needed organic, viral growth. They needed to give people money.

So that’s what they did. New customers got $10 for signing up, and existing ones got $10 for referrals. Growth went exponential, and PayPal wound up paying $20 for each new customer.”

Paypal decided that the referral programs costs were too high but it certainly brought them a lot of customers early on, and possibly helped them cross the tipping point to ing exponentially.

Have you ever seen an e-commerce website displaying how many items they have left in stock or how soon a deal would expire? That’s applied social psychology - creating a sense of urgency to buy or else, you’d miss out on the lucrative offer.

Groupon, in its early days, used this growth hack amazingly well but took it a step further. Groupon needed a minimum number of people to buy the deal but they also had a limited quantity available. So, not only did it create a sense of urgency, but to avail the deal, you had to spread the word about the deal and about Groupon!

This was probably the one growth hack that worked wonders for Groupon!

Content upgrades are an increasingly popular growth hack to collect email subscribers. Imagine a 1,000 word informative blog post on a topic you’re interested in. At the end of the post, you realize that whatever you read was just a trailer, and there was much more to it!

All you had to do is click a button to download a more detailed PDF to learn more. A popup would appear to collect your email and a shiny new book (for free) would be sent to your inbox.

Sumo created a 12,000 word guide to social sharing and published an e-book of the article. They believed people were too lazy to read the entire article at once, so they’d rather download the e-book and read it later. The e-book resulted in a whopping 21.2% conversion rate!

Other companies have also used content upgrades successfully in the past. Backlinko increased their conversion rate by 785% using cheat sheets.

Content marketing is great but almost everyone out there has a content marketing strategy in place. When Hubspot wasn’t as famous as it is today, it tried a lot of different things to acquire customers but none of them really worked.

One day, Hubspot’s founder built a small tool to grade websites on performance and SEO. It was an incredible success and millions of people used the free tool to grade their websites. It helped build an awareness of Hubspot and grow its email list.

The company’s founder credited the tool for its initial success and have since been revamping the tool and also launching others to acquire customers.

When Google launched its email service Gmail, it used an invite-only system to drive growth and it was a fabulous hit!

The fear of missing out (FOMO) is a powerful growth hack and if you have a product that’s useful to a lot of folks, this strategy can be instrumental to your growth.

In fact, it worked so well that people were running E-Bay auctions to sell invites.

However, use this strategy very carefully. Google has used this strategy for Google+, Buzz and Wave, products that really went bust.

This strategy can be tricky for closed communities. For example, using Gmail doesn’t require the email recipient or sender to also use the Gmail service. But that’s not the case for Google+.

Dropbox did something different. With each follow or linking of social accounts, Dropbox would handout 125 MB of storage space. This growth hack is incredibly powerful - not only do users spread the word but they’ve also given them more reasons to keep using the product.

Today, Dropbox has 4.4 million Twitter followers. Absolutely mind-boggling! Most of the credit goes to this powerful growth hack.

Back when Netflix was into DVD rentals, it struck partnerships with DVD player manufacturers like Panasonic, Philips, Sharp, Sony, Toshiba, and others to include a Netflix coupon inside the DVD player box sold to customers.

This solved a critical problem faced by DVD manufacturers’ - customers didn’t want to buy DVD players since they found it difficult to buy DVDs, which were at the time weren’t widely available in stores. By including a Netflix coupon in the box, the DVD manufacturers could showcase a library of more than one thousand titles to customers.

At the same time, Netflix benefited because they could easily target customers who owned a DVD player. Within a year, Netflix’s subscriber base doubled to 500,000 customers.

Freemium is a popular way to charge customers today, especially for SaaS products. Get customers to use your products and once their usage goes beyond a certain limit, or they need extra features, start charging them a neat sum. Easy!

Going freemium isn’t a growth hack. Sure, it would help you onboard customers faster since they don’t need to pay, but it doesn’t get customers to your website in the first place.

But if you add advertisements, which don’t bother customers, it can really blossom into a great growth hack to spread the word.

Hotmail used it to spread the word. Every email sent by Hotmail had a “Get your free email at Hotmail.com” signature at the end. The sender was advertising to the recipient. And the word spreads fast.

Heck, an iPhone isn’t even free but Apple adopted the same strategy for email with a “Sent from my iPhone” signature in the end. Be careful if you’re planning to do that for your paid product though. Customers may not welcome it as much as they do Apple unless you’re a premium brand.

11. Airbnb piggybacked on their competitor to grow

In its early days, Airbnb used an extremely bizarre way to grow. They provided a feature on Airbnb to simultaneously post on their biggest competitor Craigslist! Crazy right?

If you think about it, it was a genius growth hack at the time for Airbnb. Craigslist had a massive customer base and Airbnb was new. So, they gave their users the opportunity to simultaneously post on Craigslist, and in fact encouraged them to do so!

The Craigslist users that viewed the property were allowed to contact the owners only if they join Airbnb. They also noticed that Airbnb listings were far more superior than the other - nicer photographs, better descriptions and more personal.

The rest is pretty much history. Many claim that this single hack was responsible for Airbnb’s success. Today, Airbnb has raised more than $4 billion and a valuation in excess of $30 billion.

The above stories highlight growth hacks that have worked for companies like Google, Instagram, Paypal, Groupon, Netflix, Airbnb, and others. Some of these were critical to the success of these companies.

While these growth hacks worked really well for those companies, you really need to explore what might work well for yours. Google’s strategy for Gmail was a bust for Google+ because both businesses had intrinsic differences that made it a brilliant strategy for one but quite mediocre for the other.

The bottomline is seek inspiration, think creatively and you can invent your own growth hacks that may just help create a unicorn in the future.

Paras is the founder and CEO of Madneto, the world's first cross promotion platform. He's been advising brands for over 5 years on marketing campaigns, specifically around cross promotion and brand partnerships.

Creativity Vs Optimization – What’s Going to Rule In 2019? 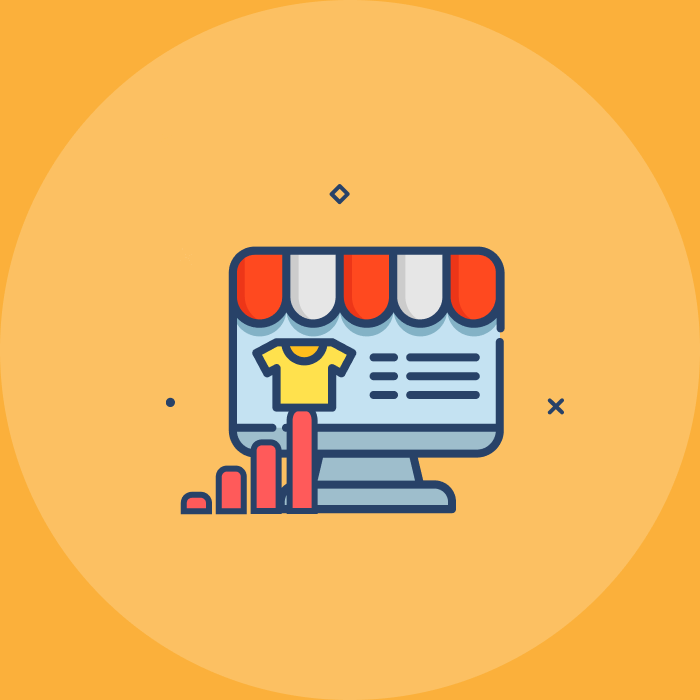 Predictive Analytics: The Next Frontier of E-Commerce Marketing

The holiday season is almost here. For online retailers,... 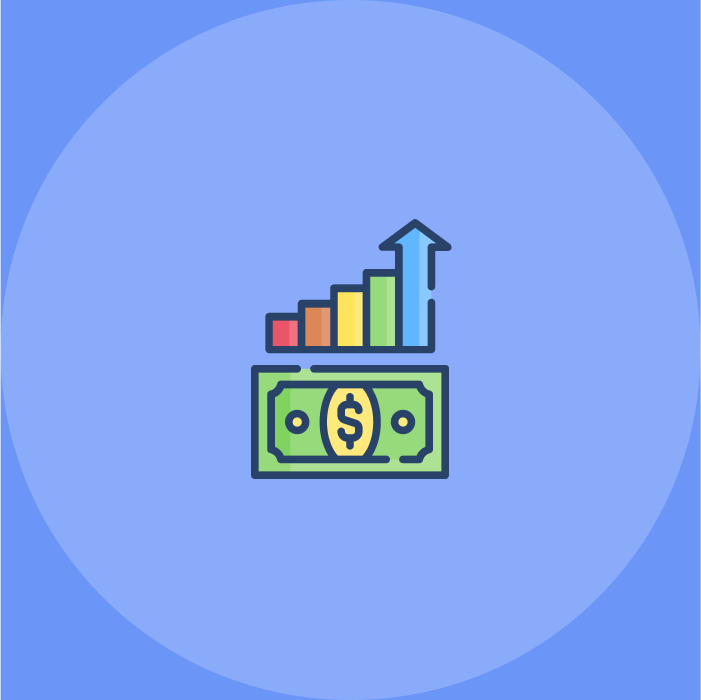 Top 11 Ways and Strategies to Add More to App Revenue