The Future of Work: Are Your Skills up to Date? 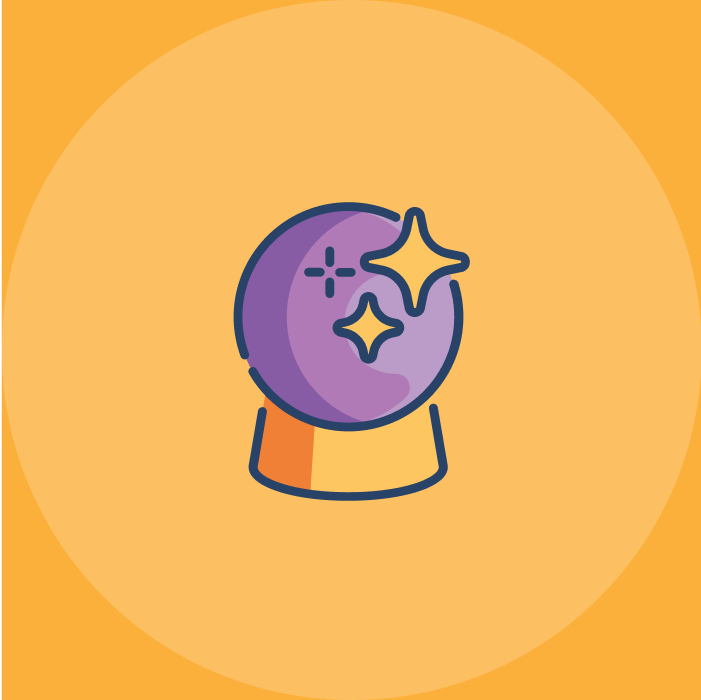 The world of work is changing. Artificial intelligence, automation, and robotics will bring with them exciting opportunities, both for businesses in terms of their productivity, and for the workforce with high-skilled work.

Robots are gradually becoming an essential part of the workforce—this is a fact we all have to face. These days, more and more tasks are being automated. While we have heard of the “warning” from as early as two decades ago, it was still somewhat shocking when an Oxford study revealed 47% of today’s jobs are at risk of automation.

In the early 20th century, technology was advancing rapidly and people were concerned that automation would be the end of the future of work. Since then, approximately four million office jobs have been lost to automation.

According to a study conducted by Deloitte, the demands for secretary roles and others related to keyboard skills have dropped by 52% to 57% since 1992.

However, not all office jobs were made obsolete. Today, there are still a lot of professionals doing office-based tasks. The difference is that the job scope is entirely different. Former US President Lyndon Johnson once said, “The basic fact is that technology destroys jobs, but not work”. And this summarizes everything.

There will be jobs that won’t be as important anymore as they are today but the workforce will still exist. What should we do to remain indispensable? The smart way to move forward is by staying up-to-date with trending skills to guarantee a place in the future of work.

In this article, we discuss automation, abilities that are becoming outdated and other skills that will only grow in demand so you can stay ahead of the game.

There certainly are some skills or jobs that won’t be necessary for the future. They are typically those that involve repetitive and redundant tasks that can be simply replaced by machines. For businesses, it makes sense to embrace automation because robots are capable of working non-stop and they do not require frequent compensations as humans do.

Most of the costs come with the first investment and occasional maintenance. Companies are able to save thousands of dollars that they would have otherwise spent on salaries.

Today, you can see that most of the jobs that are made redundant are the ones in the manufacturing and logistics industries. In fact, technology has allowed for inventions that enable completely automated vehicles that are guaranteed to reduce road accidents and overhaul the transportation system.

Following this, some other roles that are expected to be replaced with machines in the near future include drivers, bookkeepers, proofreaders, and computer support analysts.

2. What’s the Science behind Automation?

Today, we have all come across machine learning and AI-driven tools. Some of the most common examples are your smartphone, chatbots on commercial websites, and spam filters.

Have you ever received an email from your favorite store notifying an upcoming event in your city? Automated systems in digital marketing help companies segment their customers by locations and send emails to those residing in that specific city. Businesses no longer need a whole team to accomplish these tasks—everything can be done with AI.

What about your keyboard? Have you noticed that the predictive text feature gets more accurate the more you use it? This is because technology is actively learning from your habits—the words you like to use and how you use them. This is the magic of machine learning and AI. Thanks to them, a computer is able to understand and learn without any human intervention.

Despite what you may be thinking, AI technology isn’t new. Back in 1956, computer scientist Prof. John McCarty created the term when trying to prove that machines could learn and solve problems as humans do.

Fast forward to over 60 years later, everyday people have more access to AI-powered tools which significantly affects the future of work. It is crucial to note that AI’s main purpose is to make human jobs more efficient, not replace them.

3. Skills That Will Continue to Be Valuable in the Future

When we think about the future of work, the jobs that we picture are the ones related to technology development—mostly roles that build and program machines. And this is 100% true. The future of work will depend a lot on people who are able to contribute to technology’s ever-changing landscape. There will be more jobs generated because of automation than ever, according to the World of Economics forum.

However, people tend to forget something crucial when it comes to optimizing processes. Automation’s only goal is to make jobs more efficient and productive, therefore you’ll put out less effort for better results. While companies will likely cut down on staff employment, they will also have more allocation to expand their operations and hire more professionals for different job positions.

On the other hand, we must know that machines don’t have something that’s crucial for human existence (and for the future of work), that is empathy. There are still a lot of professions that require this human element such as teachers, doctors, lawyers, and nurses. Read on to find out about other skills that are gradually becoming crucial and indispensable in the future of work:

Data science is a discipline that’s taking over most industries. This trend consists of the use of data to understand different phenomenons. Data science also helps you validate a hypothesis to solve a problem. One of the major uses of data science is to identify patterns and forecast future trends.

This is very helpful especially for sales, stock market, and marketing strategies. Data science has also helped the medicine industry and drug development to create better solutions to certain problems.

These days, you don’t need to have a bachelor's degree in computer science to get started in the field. There are other alternatives that are more career-oriented such as coding bootcamps.

However, you surely need to know how to work with programming languages and coding skills, on top of having great communication skills. When you are working in the field, keep in mind that not everybody speaks “data science”, so you would need to convey your insights in an easy-to-understand way and in some cases, by using data visualization.

Machine learning engineering involves programming machines to identify data patterns. To illustrate it better, the process is similar to teaching how the world works to a child.

For example, if you want to program a machine on how to identify a cake, you’d start by showing how a cake looks—the shape, color, and flavor. After being programmed, the machine will then be able to spot items similar to a cake without requiring any human intervention.

Another way to train machines is to make them look through a dataset and identify patterns. If an identification is not quite accurate, machine learning engineers will come in and show a machine on how to precisely identify the differences between patterns.

Cybersecurity has become every company’s must-have in terms of data protection. Unprotected companies are more vulnerable to data breaches and digital attacks than ever before, which could be worth millions of dollars in recovery expenses. In the future of work, where almost every job is being handled remotely, cybercrimes are a major threat. Since cybersecurity touches almost every business in some way in this day and age, growth in the field is exploding. Projections for cybersecurity jobs and demands for trained cyber security workers has doubled in the past five years and only continues to climb.

Advanced hackers can find vulnerable points in a company’s firewall system and target this weakness for an attack.

The future of work is here and we must stay ahead of the game to be a part of it. As far as we know, automation will not completely render humans worthless in the workforce. While there will surely be jobs that are automated, the advancement of technology will generate more jobs in other sectors of the market.

The best safeguard measure we can take is to continuously adapt to the demands and learn new skills. Whether you plan to break into tech or acquire skills that require human elements, there are several new paths that you can take when tomorrow comes. 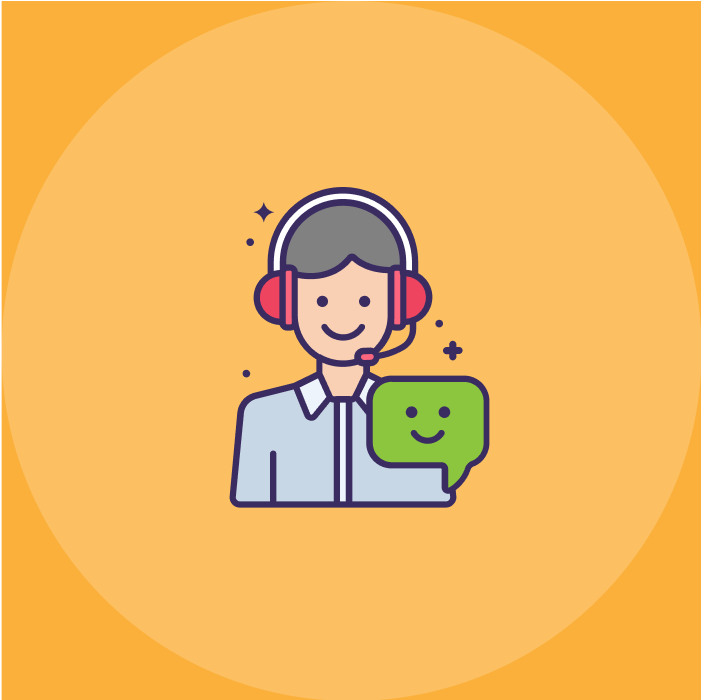 From Content Marketer to IT Specialist: The Many Hats of a Small Business Owner

Making the decision to take charge of your career... 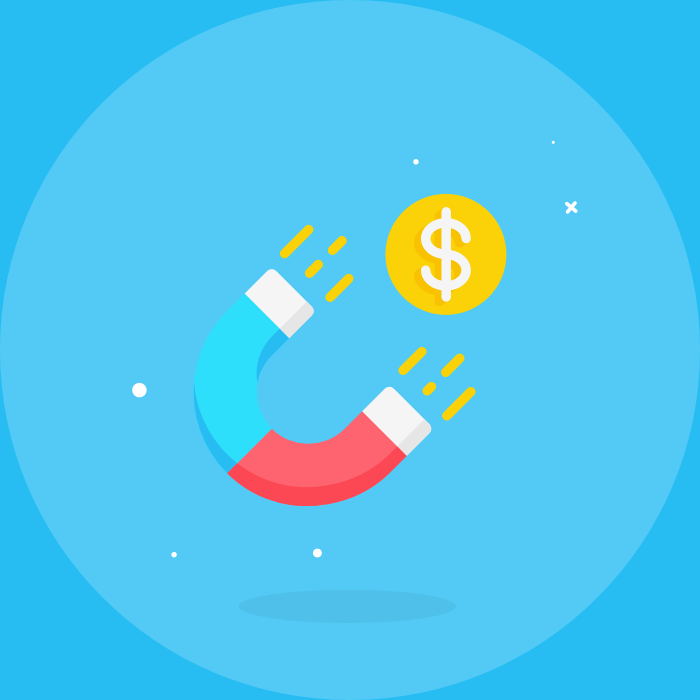 How To Proceed With Lead Generation Along With SMM And SEO For Small B2B Companies?

A study by Hubspot revealed that B2B businesses obtain...