5 Successful Companies that Started as Blogs 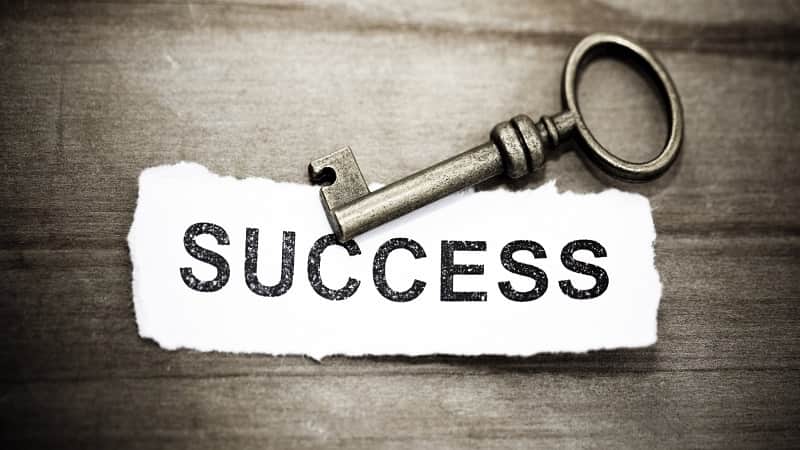 How about some evidence that blogs can get super successful? What once started as a simple blog can grow into a resourceful business. Here is the list 5 successful companies that started as blogs.

“Why would I ever want to start a blog? It’s too much work and too much commitment. Isn’t it easier to start an e-commerce site and make actual money out of it?”

Hold your horses right there!

If you thought that starting a blog is a useless step on the journey to making money online, you were wrong. First and foremost, the blog is important for branding purposes. It gives you space to promote a brand in the best way possible. Through search engine optimization strategies, you can attract people who are looking for the types of products or services you can provide.

When you get these people at your site, it will be easier to convince them to make a purchase. Even if you don’t sell anything, the content itself can start making you money.

It’s no wonder there are over 3 millions of blog posts being written every single day. Everyone who wants any promotion in the online world knows that blogging is essential for success.

Many entrepreneurs neglect blogs not because they lack potential, but because they demand commitment. When they realize that blogging has great benefits to offer for their business, they are more than willing to hop on board.

Do you want more proof? How about some evidence that blogs can get super successful? What once started as a simple blog can grow into a resourceful business. We’ll list 5 successful companies that started as blogs.

You probably know what Groupon is, and you probably used it at some point. It’s a website that promotes coupons for all types of products and services. You get the coupon and you get a discounted price. The website makes money from the companies whose offers it promotes.

It’s a successful business, to say the least. For the second quarter of 2018, Groupon expects to see $630 - $640 million in revenue. They expect the gross profit to be around $325 million.

Those numbers are intriguing. But did you know that Groupon started as a blog? Andrew Mason, the founder, had an idea to use collective action for the sake of bargaining power. That’s how The Point was launched. It was a web platform that used social media to get people to join forces towards such goals. Groupon was born from that project, and it was launched in November 2008.

In an incredibly insightful interview for Mixergy, Andrew Mason shared the real story behind Groupon. The team simply re-skinned a WordPress blog to showcase the Groupon brand, and that was it. At the beginning, they posted offer for restaurant gift certificates and all kinds of deals in Chicago. From there on, it’s history.

If you’ve ever looked for online marketing or SEO tips, you probably saw Neil Patel’s face smiling at you. This guy took personal branding to a whole new level. QuickSprout, his blogging project was launched in April 2007. Since then, he managed to establish himself as an expert in the online marketing field. His blog posts are full of data and convincing tips that helped many entrepreneurs enhance the awareness for their brands.

That blog is still going strong, but it’s not the most profitable project that Neil Patel has at the moment. That’s KISSmetrics – the company that emerged from that blog. It’s basically a behavioral analytics system, which tracks the behavior of website visitors and provides analytics that helps you take action towards greater conversions.

“I’m currently spending all of my time on KISSmetrics, and I am working on creating that billion dollar company,” – says Patel in his About page. “Luckily enough, I have made more money than I have lost, and I have been able to leverage that money into investments like apartment complexes, .com companies, the stock market, hedge funds, brick and mortar businesses, venture capital funds, and, best of all, my parents.” Smart guy.

Copyblogger has been the most influential content marketing blog for years. Brian Clark, the founder of the blog, was an attorney who didn’t plan to grow a business from a blog. He simply started with the idea to build an audience, learn about their problems, and provide nice solutions that everyone would benefit from.

He never raised any funds and he didn’t took venture capital. He just started a cheap blog and he focused on growing his audience.

In his own words, this is how it all started: “I spent 1000 bucks on the design and some hosting fees before we became profitable. Now we are primarily a WordPress software company and an online education/training company, about 20 people, more or less, multimillion dollars in revenue, and we feel like we’re just getting started.”

That’s how powerful blogs are, people!

99designs is the largest graphic design marketplace on the web. They connect over one million freelance designers with clients who are ready to pay for their work. A new design is being uploaded to the platform every second, and the global community of artists has earned more than $200 million to date. That’s its current status, but where did it all start?

This project emerged from a blog called SitePoint. In 2006, few designers who were active in that community started challenging one another to “Photoshop Tennis” games. They were competing to see who could come up with the best design. Others were observed, and some started offering money for actual work on actual projects.

Do you see how much potential a blog has? Just make it fun and unique, and the great idea for profit will pop out of nowhere.

Chances are, you probably ran into an article from Huffington Post at one point or another. People recognize this news platform for its coverage on American politics from a liberal point of view, but the list of topics is not limited there. HuffPost pulls high-quality content from a pool of talented writers, bloggers, and journalists.

In 2012, the Huffington Post won a Pulitzer Prize, and that made it the first commercially run digital media enterprise in the U.S. to gain such recognition.

But how did it start? Arianna Huffington launched it as a blog in 2005. She was criticized with harsh words: “That’s not blogging!” but she continued working on her vision, and she kept inviting important people to write posts for the site. During the first week, she had posted from Arthur Schlesinger Jr., John Cusack, Gary Hart, Larry David, Walter Cronkite, and Louis-Dreyfus.

In 2011, Huffington Post was sold for $315 million, and Arianna Huffington got $12 million from that sale. She announced stepping out from the role of Editor-in-chief in 2016, with the intention to focus on a new startup - Thrive Global.

When you think about it, a simple blog can take you to places you can’t even visualize. All above-listed blogs had humble beginnings but grew into huge businesses. If you were thinking about starting your own blog, maybe now you have a real motivation to do it!

Bryan Brumfield is full-time content marketing associate at Best Essays and a part-time blogger. His roots are in North Carolina, but his soul belongs to California. Bryan’s favorite pastime is playing chess and lip-syncing Rihanna’s songs. Check him out on Twitter. 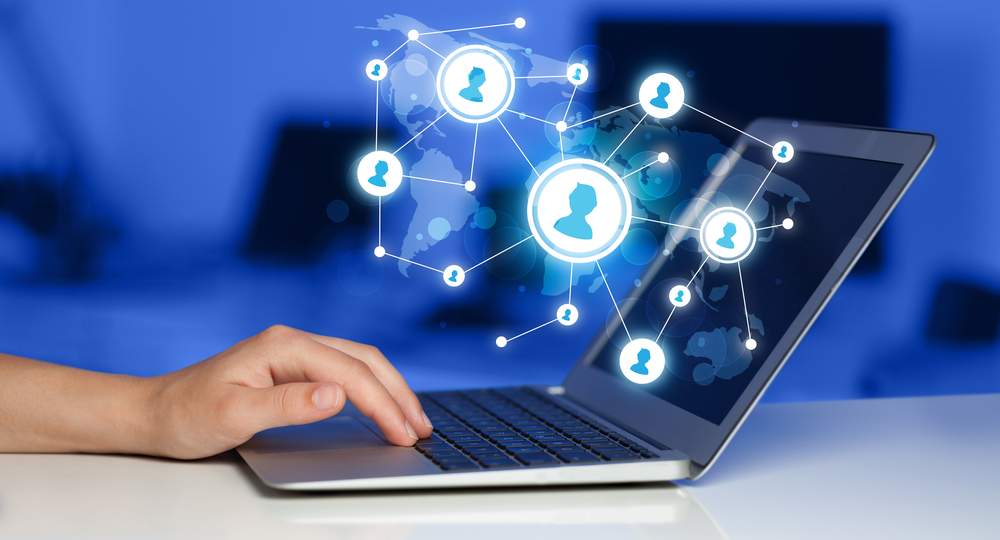 Why Your Blog Needs Networking Calls To Action

Typically when a person views a website they make... 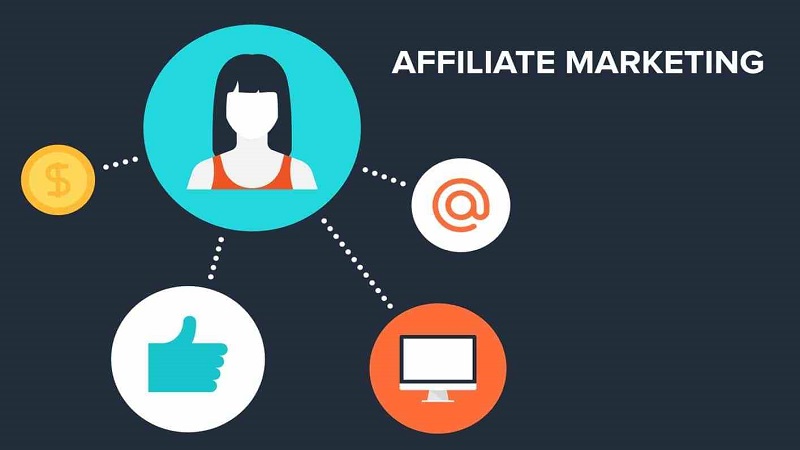 5 Affiliate Marketing Tactics That Will Improve Your Sales Strategy

Affiliate marketing certainly has the potential to significantly increase... 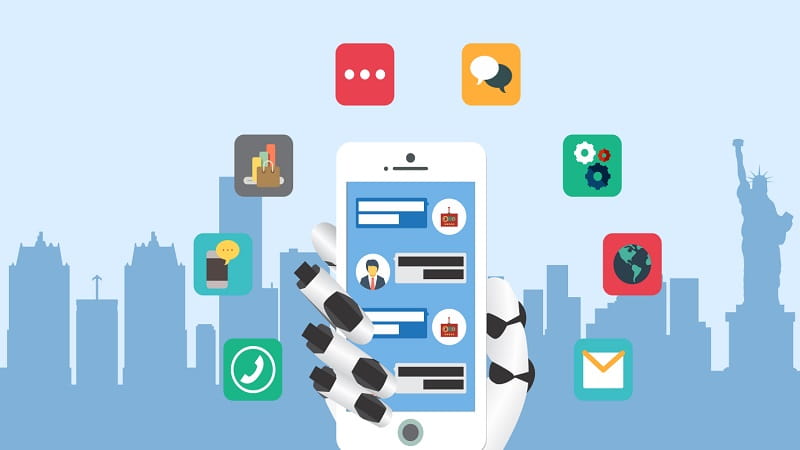 In the past year, artificial intelligence (AI) and chatbots...