Why Does the Shift Towards Low-edge AI Require A Major Shift in App Development? 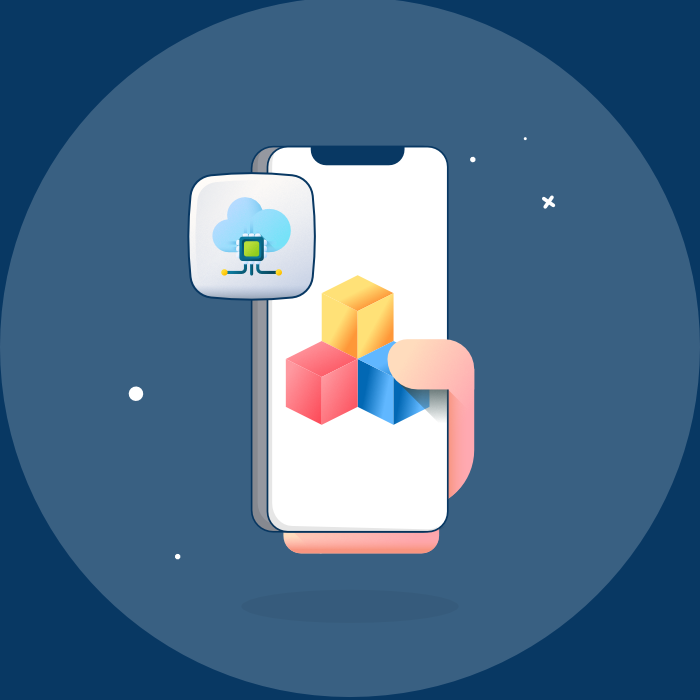 Edge or Network Edge is where the data resides and is collected. The shift of data has been from mainframe to computers to cloud, now, the cloud is moving to Edge, and so is AI. Know the factors that are driving the demand for edge infrastructure today.

In its current state, artificial intelligence works like a human with access to a search engine. Every time it needs to find an answer, it searches through a pre-set encyclopedia of information and directions to execute a certain task.

This encyclopedia is the data that is used to train the AI by AI-experts and becomes the basis of its decision-making. It can perform only functions that were part of the data set that was used in its training, and that’s how you get specialized AI models.

Today, you see Artificial Intelligence being used in the app and web development industry, in the stock market for predictions, in healthcare for diagnostics, and even in HR functions to streamline processes and comb through applicants.

So much so, AI has long out-performed humans in a variety of applications, such as playing chess with now specialized chess tournaments being organized between different AI-based chess engines to mark the strongest engine(Quite the human form of competition).

There are many such tasks that AI can perform better than humans, but what still gives humans the edge is that your intelligence can be described as “at the edge.”

What is Low-Edge AI, and How Is It Different from Conventional AI?

Low-Edge or Edge AI is a type of AI that processes its algorithms locally on the hardware device in which it’s integrated.  Algorithms are processed locally on a hardware device.  A device that leverages Edge AI does not necessitate connection with a network or the cloud in order to execute its functions or process algorithms.

Its algorithms use signals and data sensors generated within the local device in order to perform its functions. It takes decisions based on that information independently of any cloud connection.

On a human level, the comparison is simple. Whereas conventional AI is like the human mind that possesses immense computational power, it requires the brain to tap into the knowledge that is located in other places such as.

For example, when you use a book to find an answer to a question or leverage Google to find the meaning of a new world. Eventually, you upload your memory catalog with that information. That’s how conventional AI works in mobile apps.

In mobile apps, AI and ML-based algorithms rely on the processing ability that is embedded within the cloud or a data center. These algorithms access these data centers every time they need to find an answer.

In contrast to humans, these algorithms don’t “update their catalog” to have access to information on the edge. If you cut off the connection between the datacenter and the algorithm and repeat a question, it won’t be able to provide you with the answer, even if it has previously searched for it and provided it to you.

So while conventional AI has incredible processing power and is much more efficient than humans in searching for an answer, on the edge, it doesn’t have the ability that humans do, and this is where Edge AI comes into play.

Edge AI is a break away from the strict dependency on computational and data-intensive AI-models. The shift towards Edge AI will increase the number of use cases of AI and substantially improve the operation technology sector, as opposed to conventional AI that is limited to information technology.

The development and deployment of technologies that support fog computing are essential for this shift since fog computing enables devices to perform AI functions at the edge. For mobile

But in instances where digital platforms require real-time operations such as those on oil-fields or rigs and in hospitals or self-driving cars, the question becomes about processing in milliseconds, for accuracy.

Think of the healthcare sector, which is one of the industries that are being transformed rapidly by Artificial Intelligence . From image processing to diagnostics, AI-systems will become essential for medical services, and the inability of these algorithms to deliver accurate results in a timely manner can be devastating. If these platforms are cloud-dependent, then even with access to the fastest network for connectivity, delays are inevitable.

This means that healthcare app developers will have to look towards optimizing their platforms to work with Low-Edge AI so that all decisions that are time-sensitive are performed locally without depending on cloud-connectivity. This is also going to revolutionize the industry and its ability to provide accessible services in areas with low or no network connections.

Another industry that can benefit immensely from Low-Edge technology is the automobile industry. Though not directly tied to app development, making precise decisions based on 3D image processing is an essential part of self-driving cars and autonomous vehicles.

This includes navigating complex terrains and making decisions based on changing variables. With the release of Facebook’s Pytorch 3D, this is one area that is seeing significant advancement, and the integration of Edge AI can help make it much safer and optimized.

This is essentially an argument for every application project that requires image processing every instance, such as police cameras and surveillance. By integrating Edge-AI, what you’re making sure is that the same functions that a cloud-based AI performs are performed locally, and without network delays, which can bring immense benefits.

Obviously, there are limitations to both conventional AI and Edge AI. Let’s analyze two of the most pertaining problems:

Security limitations exist on cloud-platforms and apps simply because the transmission of sensitive data and its storage on the cloud is a complex process. App developers will have to integrate necessary privacy measures to ensure that personally identifiable information is not being stored recklessly on the cloud, which could be accessed illegally or shared with external sources. This security challenge to app developers is unique because the information isn’t stored on cloud servers, and modern technology is far from its promised security strength.

The second limitation is about accessibility. Cloud computing only works in areas where there are strong connectivity and network signals. For areas with poor connectivity due to lack of infrastructure or presence of critical units that require security measures, these areas cannot leverage conventional AI with the same kind of efficiency as other high-connectivity areas do.

Think of Farmlands, countryside, and underdeveloped areas. This problem disproportionately affects the developing economies that largely do not have the infrastructure to support conventional AI and cloud computing.

This is a limitation Edge AI will overcome because it won’t require constant high-speed connectivity because the algorithm is locally integrated on the device. This means that app users can still use functions of an application that require AI, without internet connectivity.

With the rise of COVID-19 and automated AI-based testing and diagnostics platforms, Low-Edge AI can be an incredible resource in making such platforms more accessible to people who lack access to connectivity and cloud computing.

This is an incredible use case that makes it essential for app developers to focus on Edge AI during their development process rather than playing it to their old strengths of cloud-based AI integrations.

Low-Edge AI Trends To Look Out For.

Within the world of technology development, there are 2 main trends that are bringing closer the reality of Edge AI and helping transform the current Artificial Intelligence landscape.

AI co-processors are to the tech industry what GPU was to the gaming and rendering industry. With AI co-processors, it becomes possible to perform parallel operations due to their incredible processing and computation powers.

Companies such as Nvidia have made substantial progress in helping gear the AI industry towards the Edge technology.  One such technology that we have seen being released in recent history is the Movidius Neural Compute Stick. It is an external AI processor  which provides deep learning computing power at the edge allowing local devices to improve decision making over time and creating data repositories locally without relying on cloud services.

The world of science has made significant inroads into the development of advanced algorithms that cannot just behave human tasks but also mimic human thought and behavior. These algorithms use computational power and use it to “think” just like humans.

These artificial neural networks are designed similar to the biological neural network that makes up the brain of an animal. These systems have the ability to learn different tasks based on general examples without being trained to follow a set task-specific rules, something that conventional AI cannot achieve.

The development of these systems makes it much more likely for developers to leverage Low-Edge AI within their platforms and make use of neural networks to make their platforms much more independent and accessible for users.

These trends are a strong indicator of the future of mobile app development and digital platforms as a whole. Although it is important to understand that advancements in Low-Edge AI do not mean the cloud-based AI systems will be replaced or cease to exist. The computational benefits of cloud technology will always remain an incredibly useful tool when required.

Yet, for tasks that do not require the full potential of cloud technology, the dependency on it makes it much simpler and time-sensitive times harder to achieve.

For such tasks, Low-edge AI can be an incredible solution that transforms an AI’s operational model and help make routine tasks and critical decisions that require less computational and analytical power easier to conduct, while for tasks that require heavy computational power and a vast amount of historical data, you can leverage cloud technology.

At the end of the day, optimization comes through the application of a combination of these systems, and developers will have to find out the best way to combine these systems and execute individual tasks that best suit their technical and best use cases.

Asim is a tech entrepreneur with more than 14 years of experience leading development and design teams for all types of digital properties. His special technical expertise is on formulating frameworks for highly functional, service-oriented software and apps. As CTO at Tekrevol—an enterprise technology–development firm offering disruptive services in the app, Web site, game, and wearable domains—Asim is responsible for reviewing and mentoring all development teams. He is also an industry influencer and has offered his views on technology at multiple conferences, eseminars, and podcasts. He is currently focusing on how technology firms can leverage 4th-generation technologies such as the Internet of Things (IoT) and machine learning to unlock top-notch business advantages. 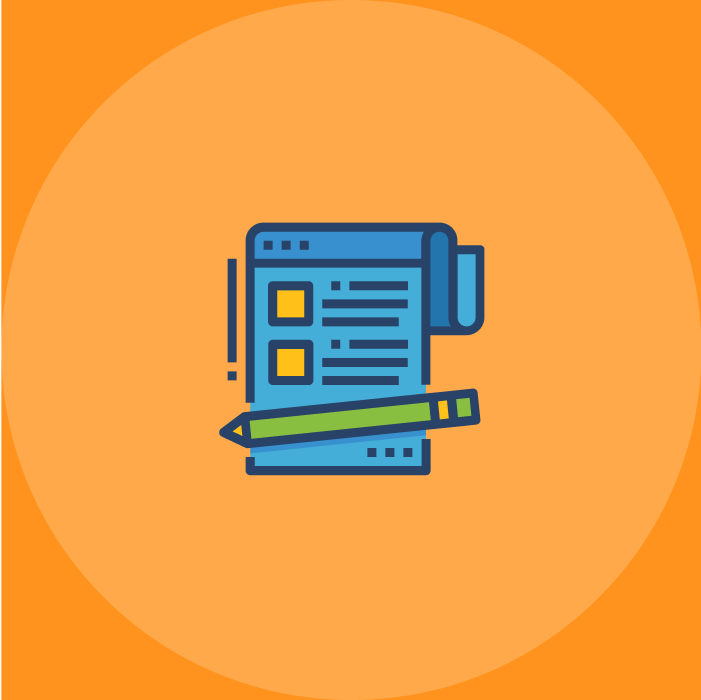 6 eCommerce Essentials for a Successful Store

The rise of online shopping and the increase in... 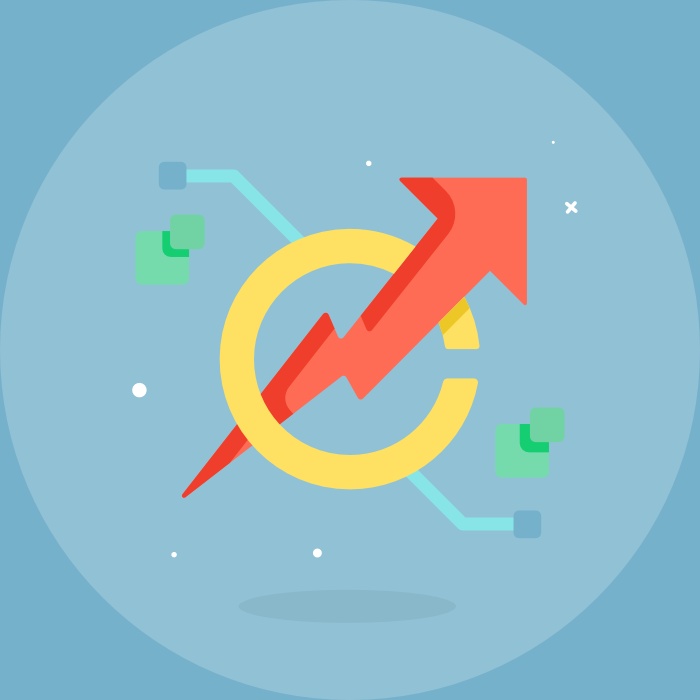 If you want your business to be commercially viable,... 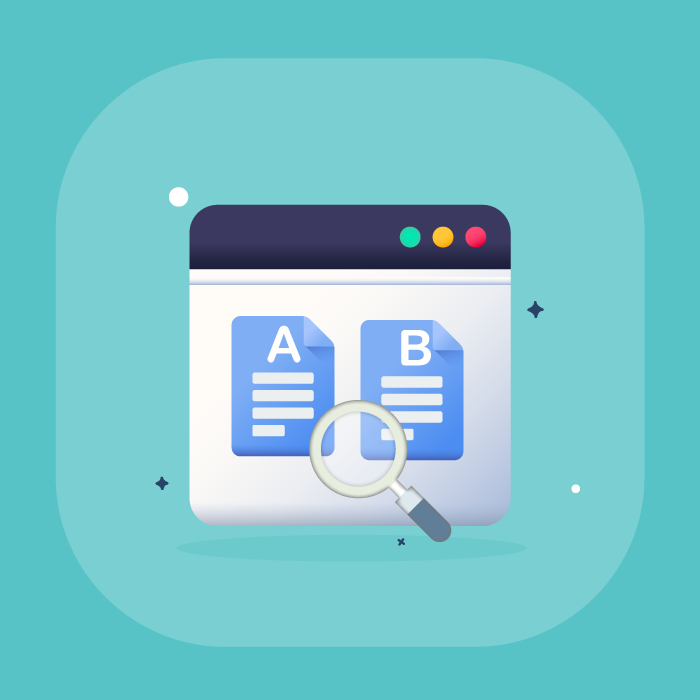 Driving your business or brand is usually high on...