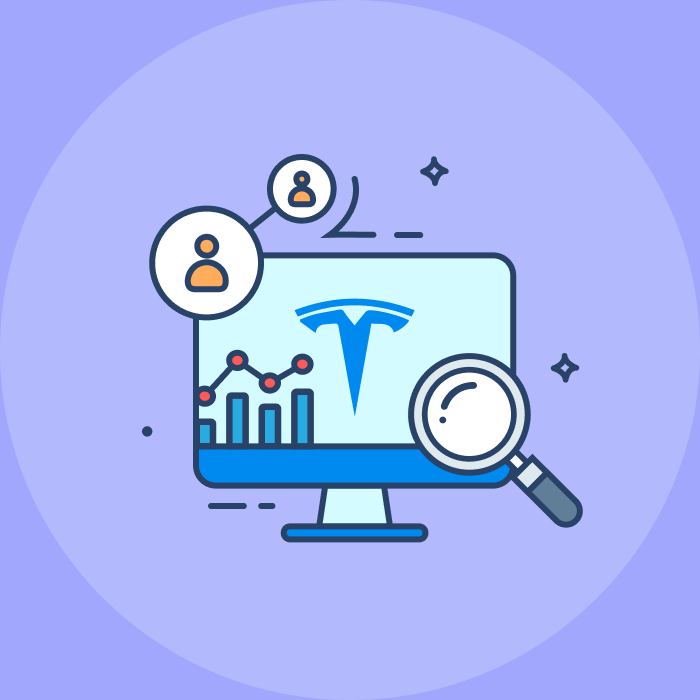 We have reverse engineered Elon Musk's Tesla's social media account. Here's what we found that you could implement in your social media strategy.

Before we take a deep dive into the winning social media strategy of Tesla. Let's understand the man behind it a little. The Billionaire CEO and founder of SpaceX, Tesla, Neuralink, and Boring Company - Elon Musk through his tweets. It's important to note that most of his tweets are sent out as memes and jokes.

The 49-year-old Billionaire is super-driven and hyper-motivated, so much so he wants to colonize Mars. He is serious enough for this to launch his own space company SpaceX and wear a t-shirt reading "Occupy Mars" often.

Here's him donning the shirt while cradling his newborn (later to be named, X Æ A-12 Musk) at the hospital.

I don't know about occupying Mars, but he indeed has occupied the social media space to quite an extent. Regardless of what he does on social media, his company's social media pages balance well between the alt and the orthodox.

Today we'll take Tesla, Musk's automotive company that wants petrol and diesel cars to go obsolete, as a case study. I will try to reverse engineer some of the tactics that Tesla and its CEO do to get such massive engagement, which you can also implement as a business-person.

The reasons behind such a higher engagement rate of Tesla's social media profiles:

1. Piggybacking on each other's brand

Billionaire Elon Musk happens to be the only social media star/influencer, as well as the CEO of several companies. Therefore, the automobile company Tesla enjoys a big chunk of social media engagement because of the company's CEO's massive online following.

Musk's power as an influencer needs no mentioning, and the benefits it brings to Tesla’s business is evident when comparing the CEO's companies' social media accounts with his own. Musk has 39 million followers on Twitter, while Tesla only has 6.2 million as of 2nd October 2020, which is still the highest number of followers for any electric car company.

Musk and his social media presence allow him not to have paid influencers honk his brand. It also helps him create a humanizing and personalized brand out of Tesla, along with his other businesses.

A personalized brand brings more opportunities for consumers to connect with the business' vision. Elon's involvement with his brand's social media accounts also gives the company a face, which results in consumers getting more comfortable and trusting with Tesla cars, then the otherwise would be.

Let us take an example of how Tesla's twitter account tweets about solar panels. Just so you know, along with super electric cars and batteries, Tesla is also a leading solar panel provider across the States.

You must have seen how traditional solar panel providers post on social media platforms. They are very specification-based and too technical. Yes, specifications are essential, but if you only post about warranty and kilowatts, you're not leveraging the power of social media as you should.

See how Tesla posts creative content on how a solar-paneled roof looks like. These real-time aesthetic posts that would help them connect the customers directly. And urge them to get the Solar needs to be met without sharing the boring specifications and technicalities.

Tesla's creative and candid approach removes the "smoke and mirrors," creating an authentic connection and trust with consumers and followers. It also adds big time to the visual appeal of their overall profile.

Social media is a direct window businesses get to the customers, and the best way to leverage it to interact with customers in real-time as much as possible.

Tesla is an excellent example of showing how big established businesses as well can connect with their customers and social media followers one-on-one.

Here are some of the funny ones ;)

Not only does Tesla's social media managers indulge in fun tweets with wit and tongue-in-cheek humor but also in subjects related to their business' core values.

The chart below shows the percentage of each brand's social discussion on the subject of electric vehicles.

Tesla is a brand that is often associated with environment-friendly-ness and climate change. Both these topics need more and more attention and Tesla's social media endeavors.

4. Controversy may bring down stock rates but not social media engagement rates

I don't think the CEO of Tesla, Elon Musk, gets involved with controversies overtly to gain popularity over social media.

When you have massive popularity, your tweets and posts become very powerful, and it's easy to forget that at times.

Not so long ago, in May 2020 Elon Musk, loosely tweeted that Tesla stock price was too high. It wasn't taken as a weed joke, as it could have perhaps been, and surely enough, the Tesla stock crashed immediately.

Here's how huge the after-effects of this tweet were. It actually had an effect on an individual's bank accounts.

Who doesn't remember Elon Musk on the Joe Rogan Experience? This podcast spread like wildfire because the CEO of Tesla, Space X, and The Boring Company decided to smoke some greens live on YouTube.

Here is a still of Elon Musk smoking marijuana with Joe Rogan's during a taping of Rogan's podcast show.

This podcast aired in 2018 has been viewed 37 million times, while the other JRE podcast with Musk aired in 2020 garnered only 17 million views to date (2nd October 2020). It's important to note that the average views of JRE podcasts are roughly around 3M views.

Elon Musk happens to genuinely care about the real-world problems that people face.

During the 2018 outbreak of Camp Fire in California, Elon came forth to help California's people. Since Tesla cars are equipped with hospital-grade HEPA filters, they would be the right kind of transport to move people out.

After Hurricane Maria shut out the power for millions of Puerto Rico's residents in 2017, Musk donated hundreds of solar-powered batteries to the island.

When our friends down under experienced a power crisis, Elon installed a giant battery in 63 days to solve the power problems in South Australia. Interestingly, he did it on a bet on Twitter. Regardless of the motive, the people did get their power back.

6. Bringing humanness to the business

The reason why Elon Musk and his companies have become so popular is something worth thinking about. Considering the fact that he owns an electric car company, a space exploration company, and an infrastructure company and others in these industries have not gained the gargantuan amount of popularity as him. Not even close.

It's not entirely the products. It is how he and his businesses humanize their brands through social media.

Here is how their posts show the brand's connection with the people.

A happy dude prints a meme on a cake and brings it to Tesla employees as he picks up his new Model 3.

A young fan gets the logo in his haircut. The ultimate win for a brand!

And yes, not to miss Elon and mother Musk's heartwarming interactions. It's very humanizing for a brand to show people a hyper-successful, over-achieving CEO interacting with his mum over Instagram.

From the chaotic and unstable universe that Elon Musk creates, one thing for certain is Tesla is winning. Its brand value and recognition and the number of positive mentions are going up. The stock price is climbing up (and is too high, imo ;) ). Tesla is now the highest valued automobile company globally, and it has made Elon Musk the 4th richest person in America.

And it also wouldn't be wrong to say that Tesla's social media activities have also played a significant role in the number of sales they make each month.

I hope this X-ray of social media activities will help you look at your social media marketing in a different light. However, it's always advisable to not go all out, as Musk does. And prefer to stay skilfully balanced like Tesla.

Shubham is an aspiring clinical psychologist, who also happens to be a blogger for corporates and startups. 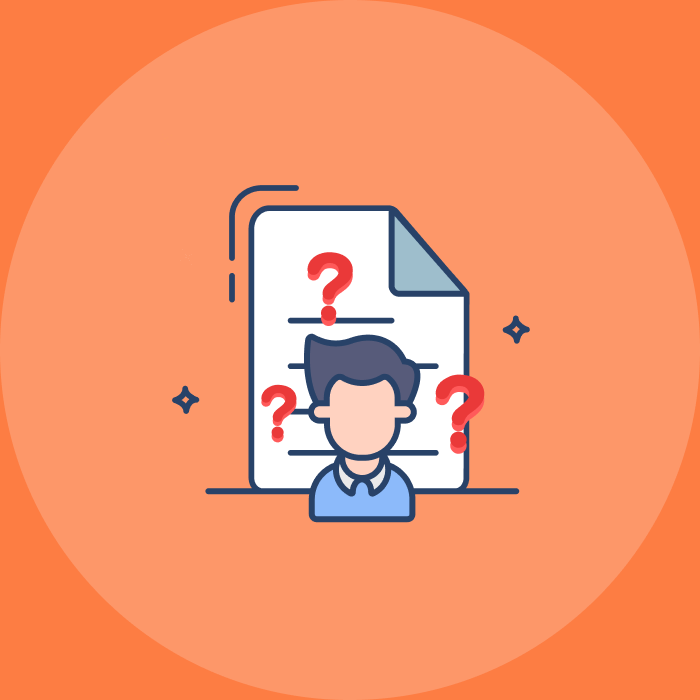 Content marketing can be defined as a marketing strategy... 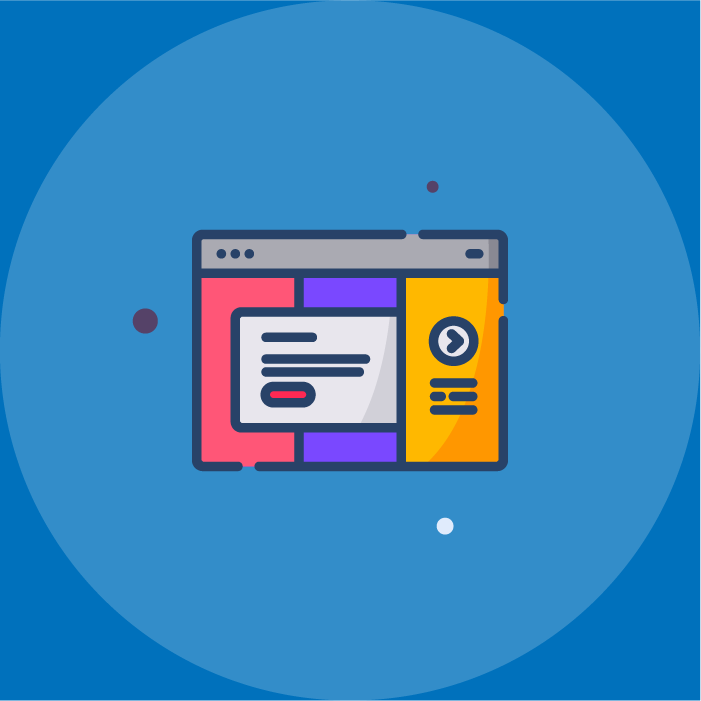 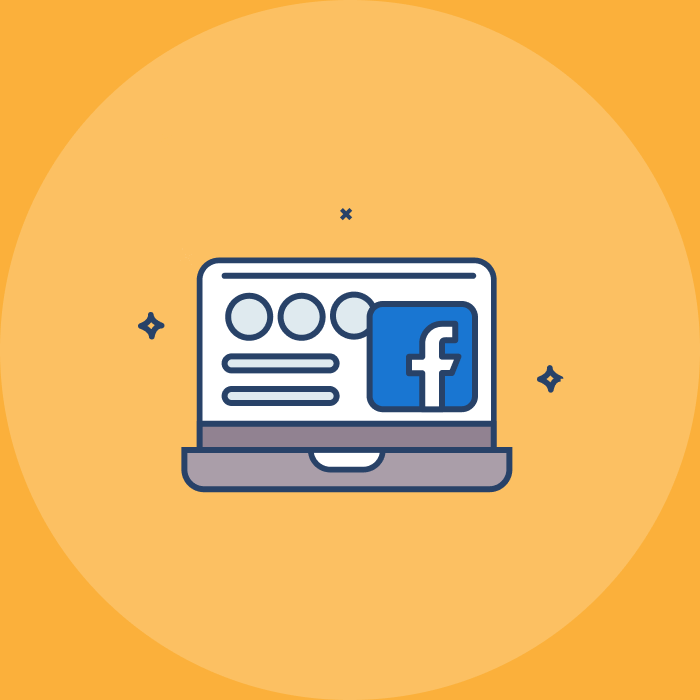 How and Why Businesses Use Facebook Stories to Their Advantage

Nothing beats social media marketing if you are interested...