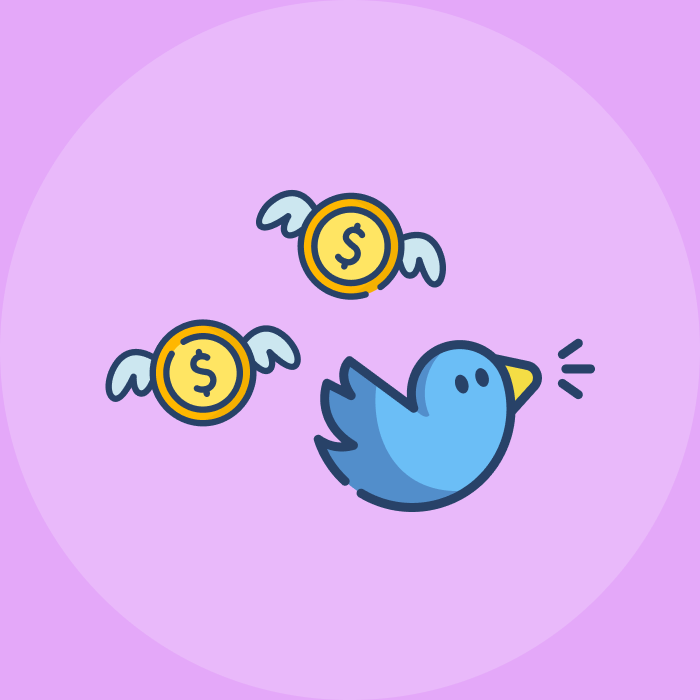 Do you wish to make more money on Twitter? If yes, here are five tips to achieve this feat in a hassle-free manner.

With 317 million active monthly users, Twitter provides a brilliant opportunity for individuals and businesses to monetize the platform. It may be an irony that this popular social media platform became profitable only in last financial year (FY 15-16) with a net income of $7million.

However, many entrepreneurs have become millionaires by creating products around the social media platform. Twitter itself bought some of the products such as TweetDeck. The massive user base and ease of use present a tremendous opportunity to people and businesses to increase their reach and connect with almost anyone.

Many businesses have used Twitter successfully to sell their products. Political parties have used the platform to intensify their campaigns, and media houses have used it to create a national discourse on burning issues. Many Television news channels and cable television packages have integrated their platforms to increase their viewership and engage directly with their audience.

The social media platforms provide a financial opportunity to everyone who has an idea or time to do something. Like other online marketing strategies, you may take some time to master Twitter skills. However, once you start monetizing the platform, there is no looking back. The power of 140 characters is limited only by your imagination.

Here is a step by step guide to generate a consistent income through Twitter:

Your reach will determine the success you can achieve on social media. You can expand the reach on Twitter by increasing your follower base. Thus, the first step to generate income from Twitter is to grow your follower base. However, genuine people will not follow you until they share similar interests as yours or expect an honest conversation with you.

Therefore, before you think of growing the fan-base, start tweeting. To gain attention, don’t be abusive or put something offensive. At the same time, avoid being diplomatically correct. People have seen enough of diplomatically correct intellectuals who do nothing but to please one set of individuals or other. They are neither authentic nor trustworthy.

To build a strong base, choose a niche. Something that you are passionate about. Use your knowledge and research skills to find out little known facts or secrets about various topics. Use relevant hashtags to post the secrets and tag influencers to expand the reach of your tweets. You can also tweet on current affairs and engage with others on these topics.

Be yourself and write your true feelings about the topic of discussion. Take advantage of several tools and apps to accelerate your follower base. However, remember that using cheap services from Fiverr and other sellers can ultimately result in termination of your account. The internet is full of vendors that offer low cost and instant Twitter followers.

Avoid such services as they provide fake followers. You can figure out few influencers in your category and start following their followers using social media tools. The more people you will follow from your area of interest; more followers you will gain. You can also search people based on interest etc. and follow them.

Be an active user and engage with other Twitter users by liking, replying or retweeting their tweets. Whatever time it takes, build genuine followers by being a truly sociable guy. Building a follower base of bots will not help in anything. Unfortunately, Twitter is full of fake and bot accounts. Over time, learn to handle bot without wasting time on them.

2. Use these tools to generate income

Once you have sizable follower base, you can use your tweets to make money. There are several platforms that is specifically designed to facilitate advertising on Twitter. You need to do a research and choose the genuine platforms who have good client base and make timely payment. As a beginner, you can join following popular platforms:

MyLikes: Choose relevant ads from thousands of advertisers and set the date and time of tweeting. You can earn a maximum of $0.42 per click and get paid weekly. There are several other platforms such as Rev Tweet with similar pay per click business model.

SponsoredTweets.com: Your account must be 60 days old, and have 100 tweets and 50 followers to be eligible for using this platform. Set your own per click price for ads and advertisers will accept your bid and provide you relevant ads. Twittad is another similar platform with a slight variation on how you choose a product.

Ad.ly: Through this platform, you will have to authorize advertisers to send a certain number of tweets at a particular time on your behalf. Sit back and enjoy the payment from advertisers. To earn significant amount from such platforms, you should have a strong follower base and higher engagement.

If you have a comparatively large following on Twitter, you can deal directly with the advertisers. You can charge businesses for putting a sponsored banner on your twitter profile, sending personalized message to all Twitter followers and lists and tweeting about their products at particular date and time.

You can also give access to your followers and lists at a particular price. During the election time in your country, your Twitter followers can prove to be a blessing. However, you should always be authentic in whatever you do otherwise it will become difficult to sustain the income in the long term.

4. Engage with influencers and HNIs

Perhaps, Twitter is the only platform through which you can reach any celebrity directly. Email, messaging and other media takes a lot of time and efforts to reach to influential people. However, you can tweet to influencers and engage with them on Twitter directly. You need to be persistent to get a response from them as they don’t respond to all users.

Engaging with high and mighty people doesn’t help you immediately in increasing your income. However, in the long-term networking with such people could prove to be the most potent weapon in your arsenal to expand your business and become rich and wealthy.

5. Get freelancing, part-time or full-time jobs

Several users and companies post job requirements on Twitter. You can search relevant keywords and connect with right people who tend to hire individuals with similar skill sets as yours. Apply for relevant jobs and participate in contests. Twitter has helped many people get great jobs.

For example, read this famous story of how a tweet turned Uber’s first hire into a billionaire. While such stories may be rare, getting small projects or overseas jobs on Twitter is quite frequent. Don’t post confidential information such as your current CTC, etc. or contact details publicly. It may prove to be detrimental to your career.

From directing traffic to the website and selling products and services to generating a decent income, you can do a lot of good things on Twitter. Comedians, satirists, cartoonists and other professionals have used to Twitter to become the social media celebrities.

Twitter has also ruined the careers of several professionals for their inappropriate tweets and indecent behavior. You must be authentic and respectful to win hearts on any social media platforms. The anonymity provided by the platform should be used to boost your creative freedom.

Be genuinely social and build meaningful relationships to take maximum advantage of the most powerful social media platform. Make your Twitter experience fun and joyful. Appreciate Tweeples for their good work and help others when they need it.

Anthony Bergs is a project manager at writers per hour. He always keeps an eye on the marketing sector to implement the best innovations into the strategies that he builds. He’s always open for new connections and partnerships. 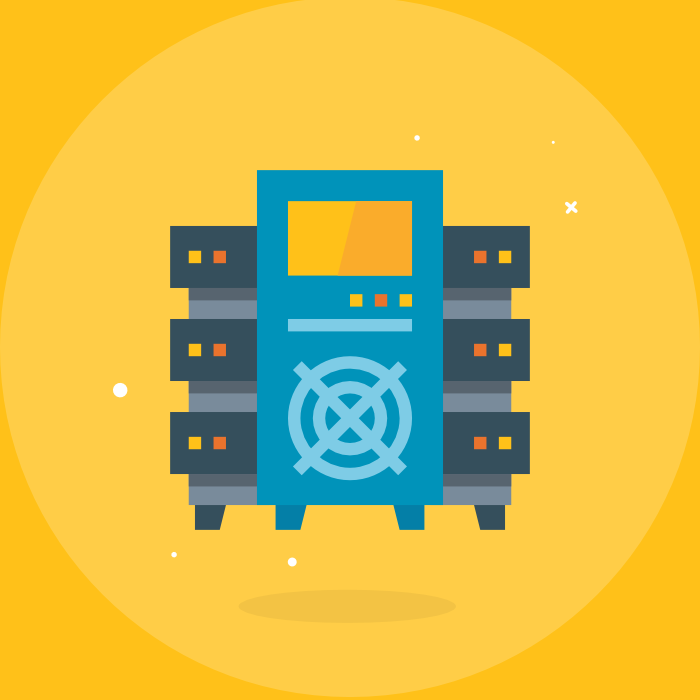 How Colocating in a Data Center Can Benefit Your Small Business

Operating a small business has many facets. If you are... 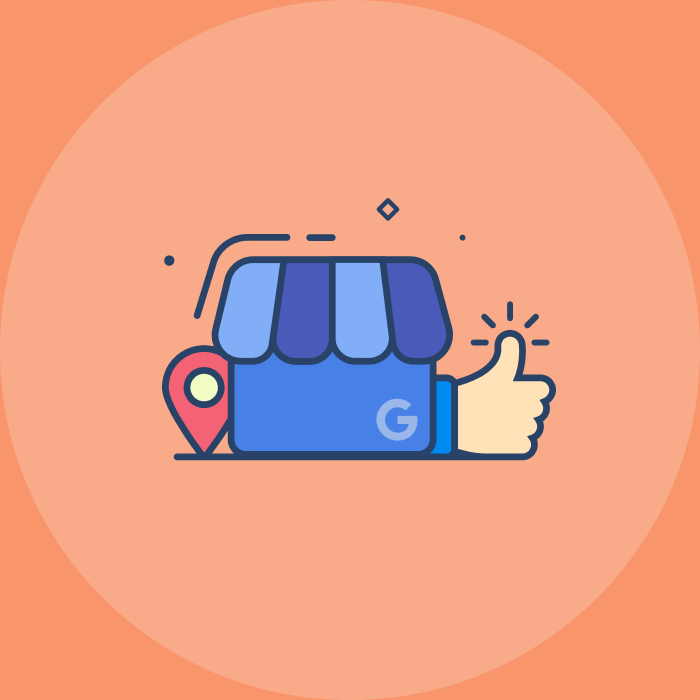 Ever since Google came into existence, the power of... 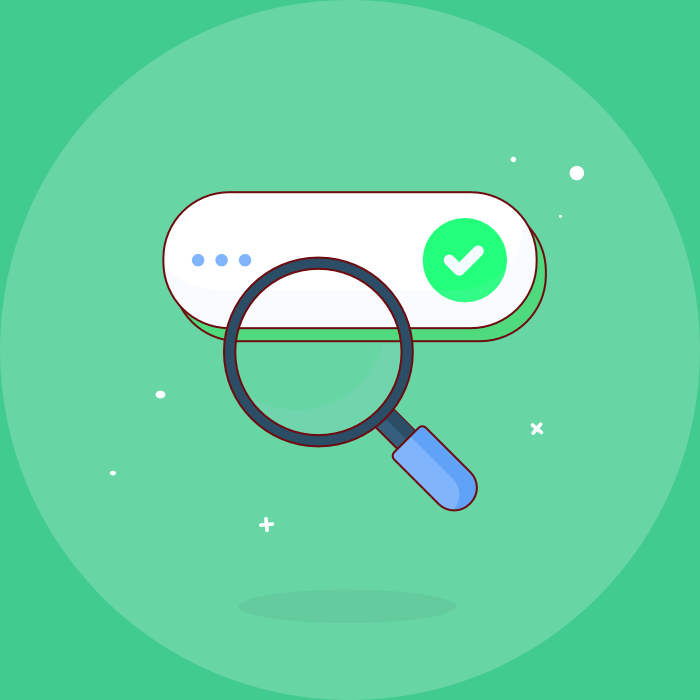 Whether you’re a local bagel shop or a national...